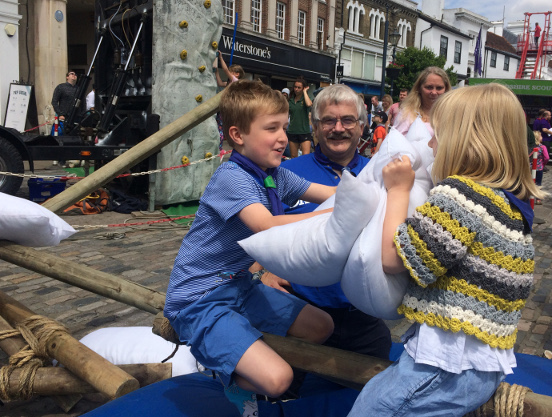 We joined the District’s ScoutItOut display in the Market Place: a zip wire, climbing, archery, caving (in the CaveBus), sumo wrestling and more, finishing up with a camp fire on the cobbles. Using the pioneering practice from Thursday, the Scouts helped to build a pillow-fighting apparatus for Beavers and Cubs. 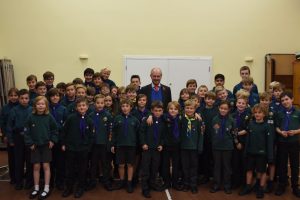 Mr Lilley visited as part of UK Parliament Week (14-20 November) and gave Cubs and Scouts an opportunity to hear about the House of Commons, the House of Lords and what really happens as laws go from an idea to reality. A fascinating evening for the Cubs and Scouts to talk with their constituency MP and we would like to thank Mr Lilley for giving up his time and coming to visit us. 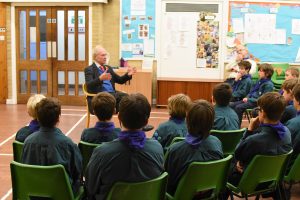 The Cubs showed their Dads how to play lots of exciting games (not that the Dads were competitive) and showed them how to navigate using a map in the rain!

Our slightly wet campsite before the sun came out on Saturday

We walked over the Roman Baths at Welwyn and this was the first time for most of the Dads. Best of all we even got to meet Tony Rook who found the original baths just before the A1(M) went over the top of them. 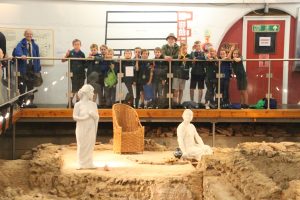 A good time was had by all and next year it is the Mum’s turn!

Well we had a great time (as usual) at PACCAR camp site with lots of activities (abseiling, caving, walking, shooting, orienteering and go-karts). 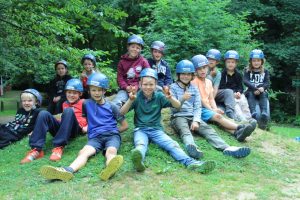 Cub Scouts after the ‘Rabbit Run’

This time the weather smiled on us and we had sunshine all the time. The Beavers visited us and spent some time finding out what Cub Scouts do and why we have so much fun.

Cub Scouts is all about the ‘Everyday Adventure’ and we had a climbing and archery evening at the Priory School on Wednesday.

Thanks to Danielle Weetman and Paul Scourfield for the photos. 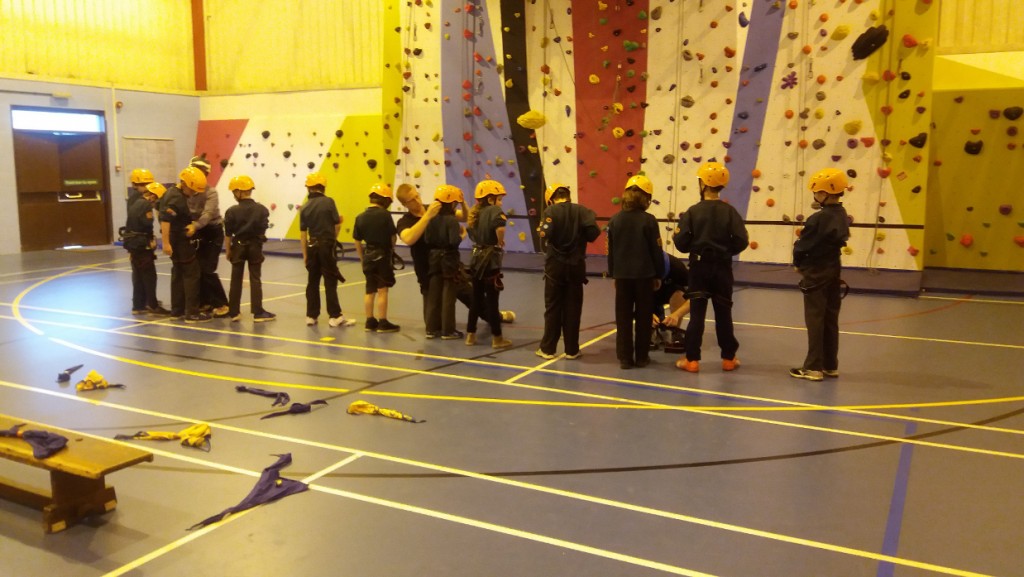 Gearing up for the wall 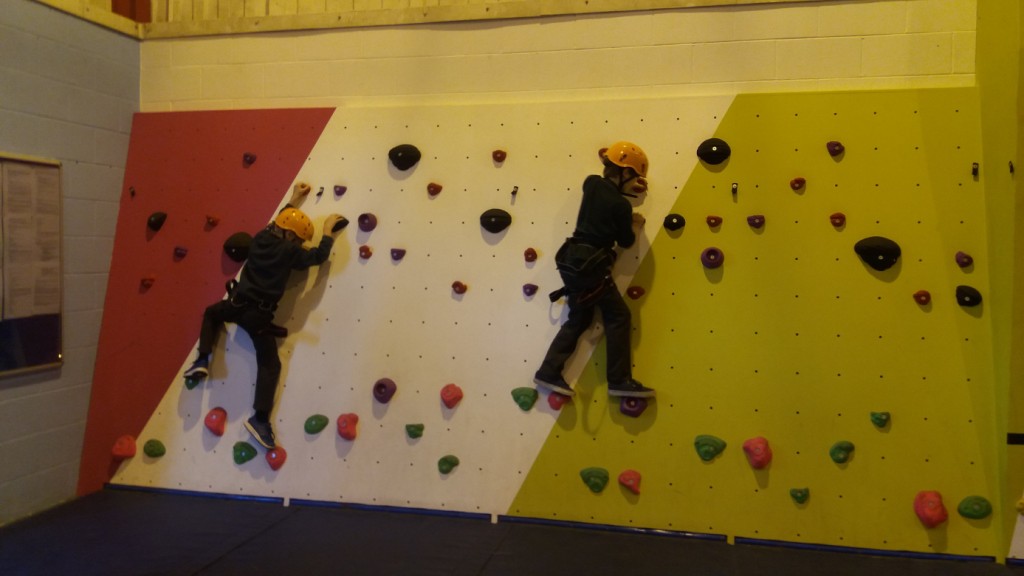 Practising on the traversing area 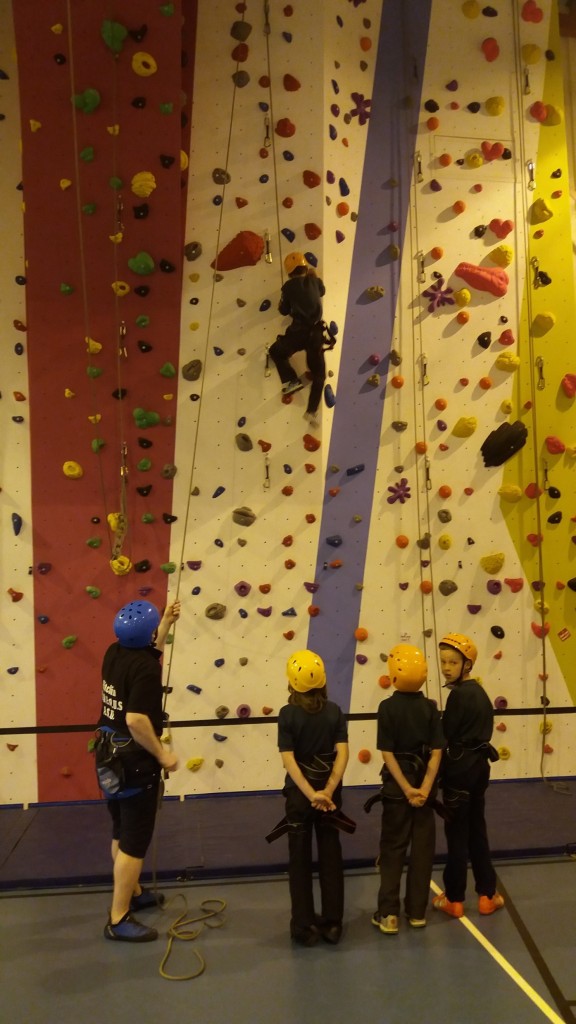 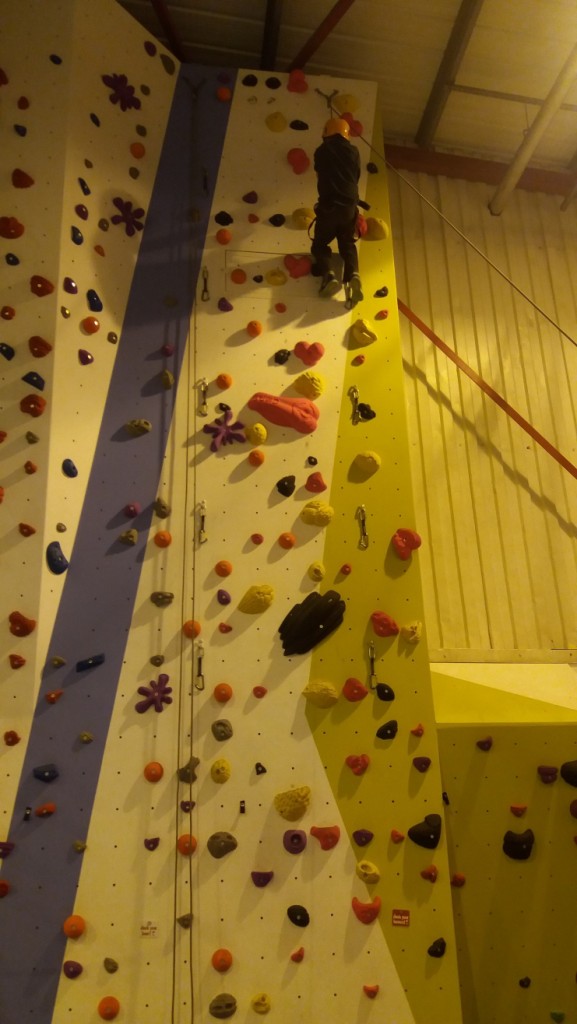 It does go up a long way! 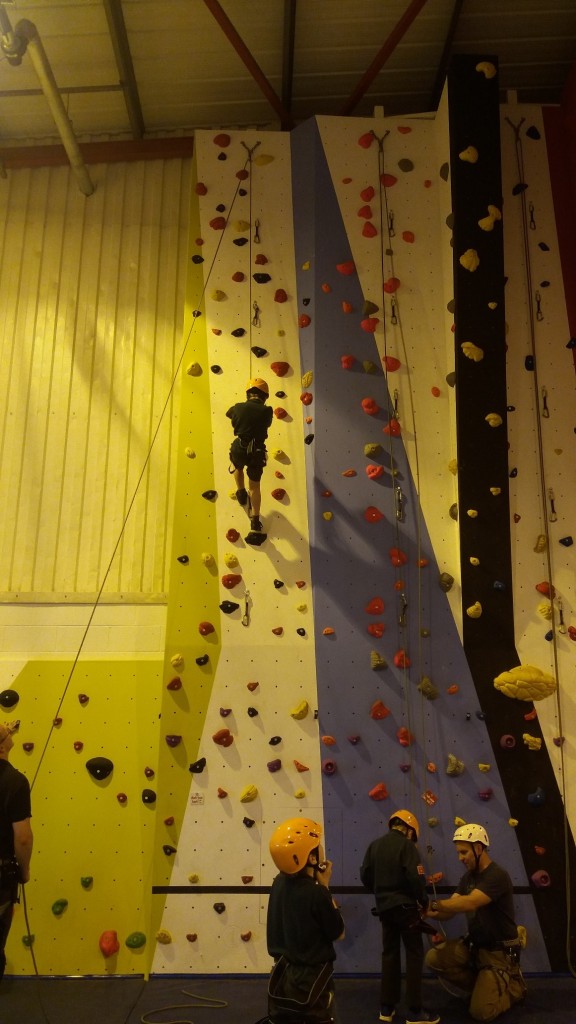 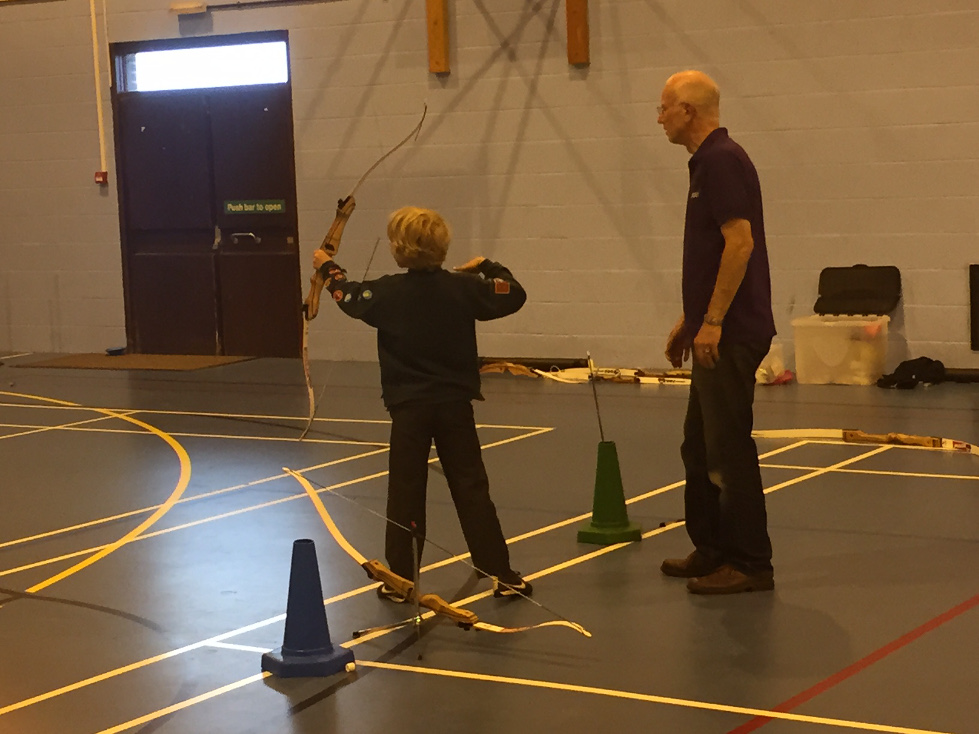 We also did archery but not many photos of that

A great evening that we will repeat in the future.

It is always exciting to see Hitchin’s Scouts and Guides out ‘en masse’ in the town and to see what a huge organisation we are in Hitchin. 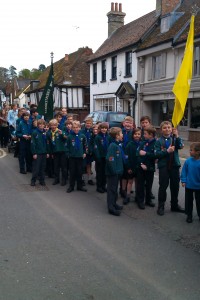 11th Cubs were part of the parade and we all re-made our promises and had a great time in the Market Square. The rain held off and a good time was had by all.

PS: You can even see my office in the background!

Another term over and done and lots of exciting activities (and some badge work as well) but we have one last thing to do to complete the Spring Term.

The bowling at RAF Henlow last night was the final part of the Six competition and the results were nail biting!

Yellow Six (Nat’s Six) scored the 2 highest scores for the bowling (Felix on 110 and Gideon on 97) and came from the back to leap to the front. The results of the Six Competition are therefore:

Well done to Yellow Six and they will get to wear the ‘Cubs 100’ Neckerchiefs for the next term.

Green Six (last term’s winner) will hand over the special neckerchiefs at the start of the first meeting in next term to Yellow Six as the competition winners bask in the glory.

Where else do you go for 10-pin bowling other than your local RAF base?

RAF Henlow is our local base and they have an excellent 4 lane bowling alley that is available for local people (not just for organisations but also for public). It is a great site and we can take the Cubs bowling and keep them under supervision because we have the whole of the bolwing area to ourselves.

The Cubs had a great time and the winners were Yellow Six (Felix and Gideon were the highest scorers) with the Leaders struggling far behind! 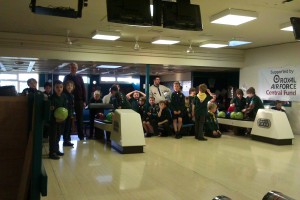 Back next term with more of the everyday adventure.

Another great Winter Camp spent out and about in Bedford. Although the forecast was not so good, it turned out OK in the end.

We did orienteering around the church, a walk through the Bedford lakes to the Higgins Museum and then lots of activities in the church. Dodgeball, paper planes and dice games are always a favourite. 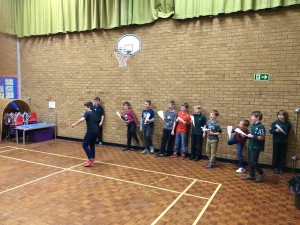 Great food from Hazel and a great evening with Wii games (even the leaders got competitive!) 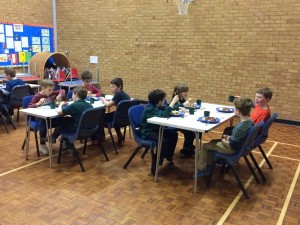 Winter camp is a way to get out in the colder months and a lot of fun was had by all. 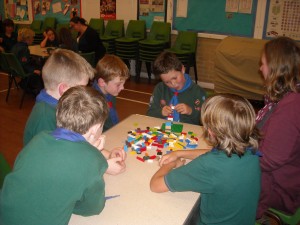 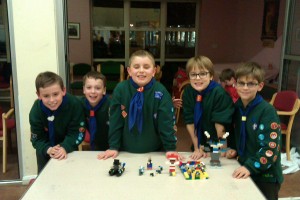 Dark Walk at Oughton Head
Tonight we are walking around Oughton Head in the Dark! Please ensure that you are wearing suitable clothing for the weather and bring a torch if possible. Wellies / walking Boots are strongly advised and coats are essential. Please meet at 5pm prompt at the car park on Swinburne Avenue between no.s 66 - 88.
The Orange Week
This week we will be playing games using the humble fruit, the Orange, but not as you know it! Team games and personal challenges.
Church Parade

Global Issues 2
Continuing investigations of global issues and completing the Global Issues badge. We will be looking at energy, where it comes from and how we use it.
District Awards Ceremony
This is the District Awards Evening at the Priory School. If you are eligible to attend then you will have been invited already.
Collector's Badge 1
Blue, Green and Red sixes to bring their collections along. The Cubs will display their collections and discuss with the other Cubs. Please no football cards but any other collections welcome!